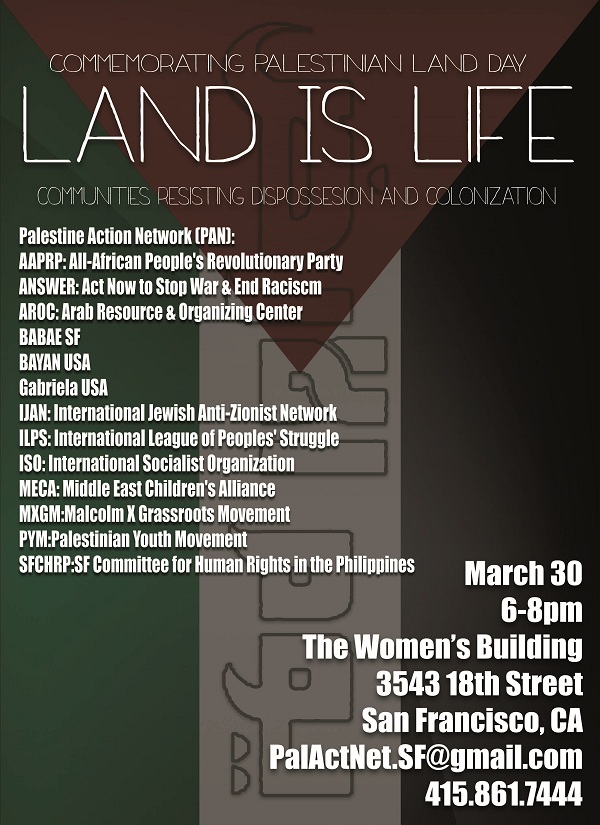 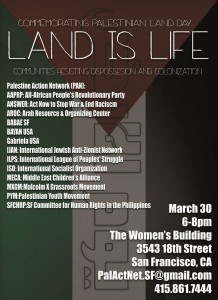 $5-10 donation
No one turned away for lack of funds.

Samera Esmeir: A former lawyer, Samera Esmeir is an Associate Professor in the Department of Rhetoric at UC Berkeley, where she teaches in the fields of legal and political thought, as well as colonial histories. She is the author of Juridical Humanity: A Colonial History (Stanford University Press, 2012). Currently, she is working on two new research projects. The first is on the history of the concept of the international and the practice of internationalism since the late eighteenth century, and the second is on the legal history of upheavals in Ottoman Palestine. Her research interests and scholarship also include questions of war and rebellion in the contemporary Middle East, as well as the intersectionality of law and colonial powers in contemporary Palestine.

Katie Joaquin migrated from the Philippines to Philadelphia in 1986 and grew up in a family of domestic workers. She later set root in California where she earned her B.A. in Global Studies and Socioeconomics at UC Santa Barbara and became politicized as a student activist organizing against war and for access to education and ethnic studies. Katie moved to the Bay Area to intern with the School of Unity and Liberation and began working with Filipino Advocates for Justice (FAJ) as a volunteer interested in learning about the situation of immigrant workers. She became FAJ’s lead organizer and transformed their worker support project into a full-fledged Worker Organizing Program. Katie is a founding member of Anakbayan East Bay, a comprehensive mass organization that aims to build unity among Filipino youth — immigrant, US-born/raised, student, working, LGBTQI, women, artists, etc — striving for nationalism and democracy and for the promotion of cultural awareness and the advancement of rights, welfare, and social justice. In December 2012,Katie was part of a delegation that visited anti-mining sites and indigenous areas devasted by Typhoon Pablo in Mindanao, Philippines.

Tony Gonzales is U.N. Liaison Officer and coordinates Treaty Council participation at the U.N. Commission on Human Rights in Geneva. He works with the U.N. Working Group on Indigenous Populations to complete the Universal Declaration on the Rights & Principles of Indigenous Peoples – a document that will establish a standard for countries to co-exist with Indigenous Peoples. In 12 years at the Treaty Council he has Coordinated Community Outreach and Research & Documentation and been Director of Operations. He has met Gorbachev, Arafat, Nelson Mandela} and other world leaders to discuss Indigenous Sovereignty, environmental degradation, religious freedom, torture and political persecution. A current focus is a U.N. study on nation/state violations of Treaties. At the 1993 U.N. World Conference on Human Rights, he helped successfully lobby countries to call for an International Decade of Indigenous Peoples. He helps build unity between Indigenous people of all colors by emphasizing their shared history and common vision for the future. As a Vietnam combat veteran, Tony lived the horror of war and was inspired to work for human rights.