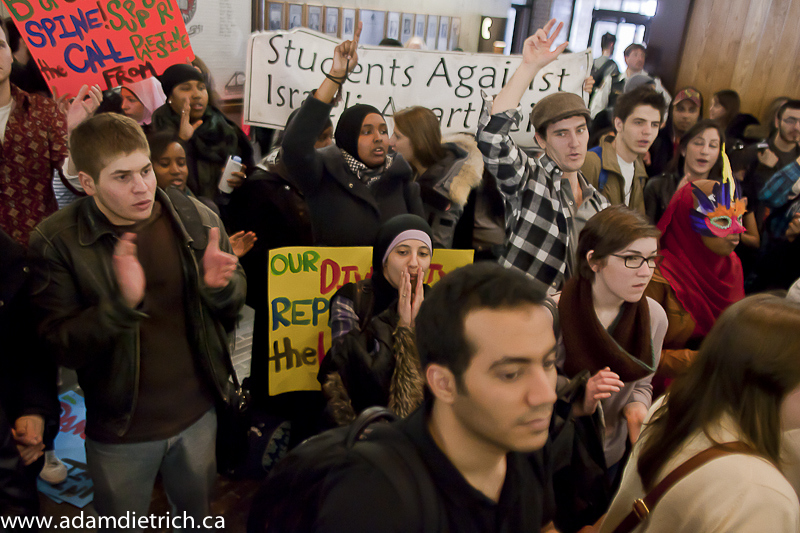 The motion passed by UMSU Council equates criticism of the Israeli government to discrimination and harassment, and takes extraordinary measures against a student group, although it appears no evidence was presented to substantiate the accusations.

Added Thiané Diop, a member of SAIA-UM: “By attempting to silence and obstruct SAIA, UMSU has voted to prop up the Israeli Apartheid government, its crushing military occupation and daily abuse of Palestinians’ human rights.”

Israeli Apartheid Week, a global event dedicated to education and debate on Israel’s military occupation of Palestine, has been running on Winnipeg campuses and in the community for 5 years, and SAIA groups have repeatedly shown they are seeking dialogue, while opposing racism and other human rights abuses.

There were no incidents of harassment or discrimination by event organizers, speakers or participants at IAW 2013. WCAIA maintains that SAIA’s work embodies respectful and fair political comment, and believes that the UMSU motion constitutes slander, and repression of free speech and freedom of association. WCAIA is pursuing a legal opinion on the matter.

“Support has been flooding in from students and human rights and civil liberties advocates across the country,” added Diop. “We urge UMSU to reinstate Students Against Israeli Apartheid, and to speak up against Apartheid policies everywhere.”